No T.F.A on Mount Kenya

A tear free ascent or T.F.A is a style of ascent that all couples climbing together should strive for. I was introduced to the concept of T.F.As by Tad McCrea while killing time at Fourteen Thousand Camp on Denali a couple of years back. Tad and his girlfriend had recently made a T.F.A of the mega classic Beckey-Chouinard Route in the Bugaboos. The rules of the T.F.A are simple. Neither climber can cry at any point during the climbing. As soon as either climber sheds a single tear you can no longer claim a tear free ascent.

On Boxing day Nikki and flew to Kenya, with the aim of making a T.F.A of Africa's second highest mountain. We got picked up from the airport and driven to Naro Moro River Lodge, a short drive from the National Park's gates. The trip didn't start smoothly. On day two Nikki lost her Iphone and I mistook a bottle of white gas for water. Nevertheless we packed two very large rucksacks and on day three we found ourselves in the back of a clapped out old car speeding towards the Park Gate. After handing over the best part of five hundred quid to enter the park, we shouldered our exceptionally heavy bags and started walking in via the Sirimon Route. For a bizarre and unknown reason we had decided to forgo porters. With all our camping stuff, climbing gear and food for eight days on our backs we walked slowly. Looking back I'm not sure why we put ourselves through this when porters would have cost less than £5 per day.

One evening porters from another group accosted Nikki at Shipton's Camp. They had seen how tired we were, after three days of tortuous slogging at altitude, and offered their services, for a price of course. The next day involved climbing from 4200m to 4700m so we jumped at their offer. We loaded up two sacks with our climbing gear and all our extra food. The next morning was New Year's Day, with only camping gear to carry our packs were now much lighter. Walking became easy once more. Our light sacks allowed us to climb up and over (rather than walking around) Point Lenana to reach the Austrian Hut below Nelion. We spent the next day resting, learning to breath the thin air while a number of guided parties climbed the route.

That night I slept awfully. My legs were knackered from carrying a heavy sack for four days and I lay awake wondering if I was fit enough to climb. Thankfully they didn't seem to mind when I shouldered my light climbing sack at 5 am. The approach was straightforward. We got to the base of the route shortly after first light, to find we had the whole mountain to ourselves. After stashing some spare kit we started up the route. The climbing was really enjoyable, not difficult but with quite intricate UK style route finding. The crux corner, shortly after Ballie's Bivi, was not obvious. I managed go off route and ended up climbing up a different corner, which was chossy and slightly harder than expected. The mist started to come in too, which didn't help matters. It all became a little too much for Nikki when halfway up the corner one of her footholds exploded and our T.F.A ended with aplomb. At the top of the corner we managed to regain the route, an easy exposed traverse led to scrambling and then the summit of Nelion. We briefly stopped in the Howell Hut and safe in the knowledge that the T.F.A wasn't to be Nikki had another cry. This time it was with relief/joy.

We then started descending back down. The rock on Nelion is far from solid, with plenty of spikes, perfect for hanging ropes, this was the part of the day I had been least looking forward to. Surprisingly the descent was straightforward and stress free thanks to this excellent description of how to locate the bolts, which a friend had recommended. We managed to loose the anchors around Ballie's Bivi but re-found them shortly after. By doing lots of short single rope abseils we avoided any snags and landed back on solid ground three hours after leaving the summit. We stumbled down the scree and back across the glacier, before collapsing into the Austrian Hut. Here we were greeted by two young Germans who were more than happy swap chocolate for slices of their huge gouda. The next morning we packed up and shouldered our considerable lighter, but still very heavy bags, and walked the twenty kilometres back to the road head and civilisation. We spent the rest of the holiday nursing tired legs, eating good food and looking at big animals.

Thanks to Rachel Brine at Lowe Alpine and Dan Thompson at Rab for sorting us out with some really good kit. 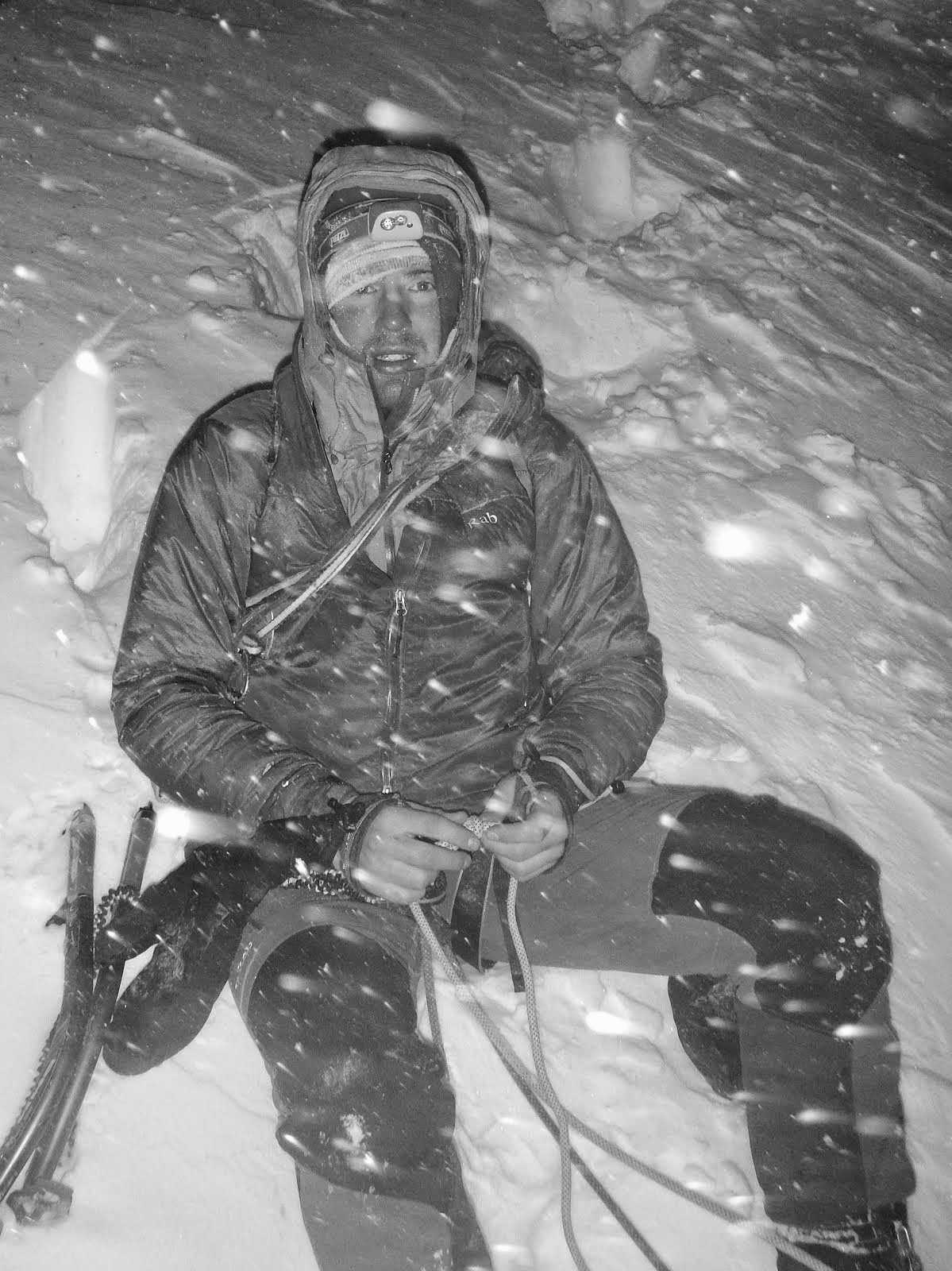